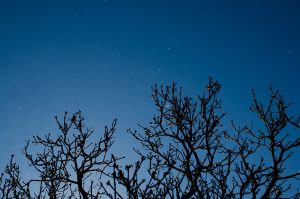 A celebrity news reader has been accused of misrepresenting a trivial incident during Iraq War II. Authentic journal Bill Moyers pointed out the irony: More attention paid to Williams than to the lies of Bush, Cheney, Rice and Rumsfeld that got us into an unnecessary war. If we want to feel outrage about the antics of media figures, why not instead ask Williams and his ilk why they didn’t expose the lies? Democracy Now! and other media outlets did, so there is no excuse.

But why go back in time? The major TV networks cover up catastrophic issues of mass species extinction and climate change through downplaying or ignoring or falsely claiming that many scientists doubt the science. It is not a coincidence that carbon corporations provide an important revenue stream for all the networks.

We have entered the Era of Distraction where television viewers are diverted from the major environmental issues of our time by pseudo-scandals (Williams) or war as entertainment: See CNN’s “The Blockbuster story of American Sniper.”

And while we are distracted, the creatures and the habitats in which they live (or once lived) die in unfathomable numbers.

Hey, Brian, I’ve got a good story idea for you to work on during your six month suspension from NBC. It will restore your reputation and could help save civilization: start telling the real story about carbon-based destruction of the atmosphere, about the deaths of millions of our fellow creatures from amphibians to bats, and about the small number of individuals who profit from the destruction. If someone like you started telling the truth, I believe that many people would begin to listen.