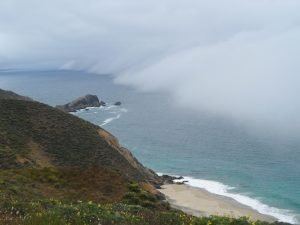 I subtitled my book on generally true patterns “A New Natural History of Recognizing Ourselves as a Part of Nature.” I used that phrase to express the combination of my observations of wild nature with the useful analysis of systems philosophy. Maybe instead I should have instead used the title of this essay as a better way to describe what the book is about. “Natural history” is an increasingly antique term to a contemporary audience; the very notion of philosophy (systems or otherwise) seems quaint or irrelevant in an age where political ideology (sometimes masquerading as religion) operates as a more powerful force in the world.

Actually, ideology is more often a description of transient ideas, subject to whim and fad and expediency.

Pattern-recognition philosophy is altogether different for being based in deep layers of physics and biology. The problem is that whether it be the hopeless romanticism of white supremacy or the insane fanaticism of the misnamed “Islamic State” (or Da’ish as it should be called by the U.S. government) ideology is as temporary and passing as the summer leaves confronting the reality of autumn’s coming.

Understanding the consequences of the unpredictable requires a deeper focus, a higher concentration of physic energy than most of us are capable of in the day-to-day rush of contemporary life. As examples, the American middle class struggles to maintain its economic position in an era of wealth concentration into the hands of a few; the former Syrian middle class struggles just to physically survive one more nightmarish day. Finding the time for finding meaning is not easy.

The way we interpret and understand the world depends in large measure upon the questions we ask. This is made manifest for me from time to time by simple observation. I recently visited the idyllic, somewhat other-worldly village of Carmel-by-the-Sea. (Carmel, California and my home of Taos, New Mexico are both located at Latitude 36° north—if you walk directly west from Taos Plaza you will end up crossing Ocean Avenue in Carmel.) We were driving very slowly along the crazily beautiful and aptly named Scenic Drive, million dollar homes and rocky Pacific shore. Three young resident teen-aged girls (white, very, very privileged) halted their march to the beach to let us pass along the narrow street crowded with the pickups of construction workers imported for the endless home remodeling that characterizes this town.

One of the girls, speaking in a nasty stage whisper exclaimed (about us), “What are these people doing? They don’t even know where they are going.” Her companions concurred. As usual in such moments, even from the mouths of brats, there was an element of truth in this, although not a truth they would have recognized.

The surface interpretation: “What are these people doing?”: We were riding in a car. “They don’t even know where they are going.”: Except that Scenic Drive is one way, west to east, our direction of travel, so we were going from one end to the other (knowingly). So much for literal truth.

But what about this question seen through the filter of “understanding consequences of the unpredictable?” Where are we going? What are we doing? What might be the outcome? Although unknown to us, minutes or years from now there will be an outcome based on the choices or chances of this event. This speaks to the main theme of my book: actions have consequences, although these cannot be known in advance. What we do and where we go with our lives does matter. These are essential questions, even when issued from the mouths of the clueless.

For more, see the section of this site entitled Generally True Patterns.