Writer George Monbiot has posted to the BBC one of the most beautiful web presentations I have seen. I enjoyed his essay, but am disappointed that, as is often true of writers celebrating the beauty of nature, he offers no pathway to the solutions (such as rewilding) he would like to see. That is the hard part. Naturalists and environmentalists have an idea of what our world should look like, but what is the step by step process of getting there? Help from our politicians?

Notice that most Democrats survive American legislative elections by raising campaign money from the very corporations that are destroying the planet. Only a minority of them are interested in issues of poverty, social justice, and the environment. In the trillion dollar budget passed by Congress before its holiday recess Democrats agreed with Republicans to lift the already weak restrictions placed on banks by the Dodd-Frank legislation. Also, they made it easier for employers to renege on pension benefit plans. Meanwhile, Republicans actively work against issues of poverty, social justice, and the environment—and they now have large majorities in both houses of Congress.

Another example of the insanity: the Senate Democrat’s report condemning the use torture by the CIA has been blunted by the right wing argument that the use of torture does not make us look bad, only documenting it. How do you fight this attitude?

I was recently shocked to learn that The Nature Conservancy makes a significant amount of money through oil and gas extraction on a large tract of land it was supposed to have preserved. The Environmental Defense Fund actively supports fracking for natural gas. The Sierra Club supported natural gas drilling for awhile but has come back to its senses. How many environmentalists know that those first two environmental organizations have sold their souls to the carbon industry? (The Nature Conservancy’s CEO has a compensation package of above $600,000. I suppose for him the environmental movement is a success.)

I hope that many people will read the Monbiot essay but consciousness raising has not stopped mass extinctions of wildlife and mass exploitation of impoverished peoples here and abroad. So what concrete steps can we follow to take political control back from the corporations who have bought off most of our politicians? If anyone has the answer I will run it as a guest essay.

In his 1901 book Lives of the Hunted, Ernest Thompson Seton (1860-1946) gave the wildlife conservation movement a major boost, including this statement in the foreword: “My chief motive, my most earnest underlying wish, has been to stop the extermination of harmless wild animals; not for their sakes, but for ours, believing that each of our native wild creatures is in itself a precious heritage that we have no right to destroy or put beyond the reach of our children.”

(Visit the Ernest Thompson Seton blog for more about his philosophy.)

Seton did care about animals for their own sakes so I have wondered why he wrote this statement as he did. He spent a long art and writing career establishing the importance of wild animals as whole beings in and of themselves, exhibiting both sentience and morality. Very importantly, he believed that wildlife held inherent rights, especially the right to a home in which to live out their lives.

“Not for their sakes, but for ours,” is a profound statement. In her recent book This Changes Everything, the insightful economist Naomi Klein observes that the earth doesn’t need us—instead, we need the earth. This has profound implications for the environmental movement. Looked at this way, it is as Seton said. We need to preserve wild nature not for instance, for tigers or European songbirds, but for our own survival. The Virtue of Selfishness forces of Ayn Rand should take notice. For all their hated of anything that doesn’t have a dollar sign in front of it, it turns out that saving wild nature is the best way of saving ourselves, the ultimate in selfishness.

Another astute writer, H.P. Lovecraft took on this issue even more vividly. The earth survived for billions of years before we arrived and will survive for billions of years more after we are gone. The question then is not will the earth survive, but will we survive? The evil creature with a name that can’t be spoken since it can’t be pronounced—Cthulhu—is just one of earth’s earlier denizens, a forerunner of those who will come again once we are gone. The earth itself is indifferent to which monsters rule here at any given time.

(Time magazine runs a section called “Briefing.” It frequently provides statistics on nature issues. It has recently reported that 274 tigers have died in India over the past four years leaving a population of under 2000. The magazine also cited the journal Ecology Letters as stating the European songbird population has declined by 421 million individuals over the past thirty years.) 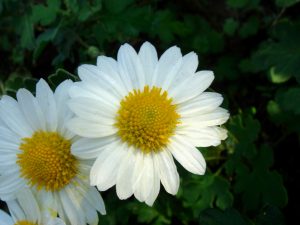 By the time of his death by from U.S. warplanes on April 18, 1943, Isoroku Yamamoto, architect of Japan’s Pacific naval war strategy, could see its impending failure. Sixteen months earlier, after the successful attack on Pearl Harbor, that path had seemed promising, although he was taking a major gamble that U.S. military commitment to the Pacific would just go away. Today we would call this Magical Thinking.

The May 1942 Battle of the Coral Sea, the Battle of Midway two months later, and the Guadalcanal Campaign culminating early the following year, had shown that the U.S. would never retreat. Worse yet, unlimited industrial capacity allowed the U.S. to make good all its battle loses. Japan’s naval and air power diminished month by month leading to the inevitable conclusion of their defeat.

The Japanese could have responded by developing a new strategy. Instead, they took this as their way: We will choose death and defeat before we will change course. Japan’s leadership could see that the war effort had gone badly wrong but continued to lie to their citizens about what was happening. They persuaded the public to suspend disbelief to make them believe what could not possibly be true. The Japanese were convinced to overlook the disappearance of their military forces, the devastation of their economy, and even the bombing of their cities.

When that fig leaf finally dropped, they were convinced to support an evil, corrupt government and their attendant greed-motivated industrial corporations by an appeal to patriotism (the last refuge of all scoundrels). I don’t know for sure, but perhaps at their right-wing political conventions they mindlessly chanted, “Kill Baby Kill!”

Admiral Yamamoto could not find a way out for his country, but he may have come up with a way out for himself. Personal humiliation comes out of being found out as a liar. Propaganda can cover up lies for a long time, but not forever. Although he was needed at headquarters, he decided to fly off to make an inspection tour of an island base, a risky move given the increasing danger of American air power. He knew of this danger and no doubt was warned not to take a risk better assumed by a more junior officer.

Did Yamamoto choose his own death rather than live with the humiliation that all he had believed in was a lie? Is death preferable to admitting that a long-standing way of life is morally and functionally wrong? Is this cowardice or insanity or both?

Is it possible that an entire civilization can ignore the disappearance of our fellow creatures, the collapse of the economic well being, and the corruption of government and corporate officials? If the leadership of a country follows insane policies (even while well compensated for doing so), should citizens share that insanity?

Moral: The belief that we can continue on a path of purposeful destruction without creating dire consequences is clearly false.