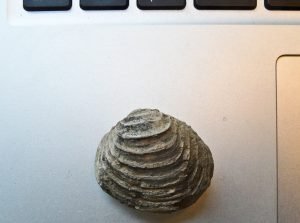 …when we need him prior to the Sixth Extinction?

And it’s one, two, three,
What are we waiting for ?
Just ask me, there is a reason,
Next stop is Extinction;
And it’s five, six, seven,
Open up the pearly gates,
While there is still time to wonder why,
We exclaim they are all gonna die!

The reason I usually don’t like post-apocalyptic movies such as The Matrix is that given the apparent destruction of wild nature what difference does it make rather a handful of humans survive or not? Part of what makes us human is the other creatures with whom we share the planet. According to Elizabeth Kolbert in The Sixth Extinction, An Unnatural History, “one-third of all reef-building corals, a third of all fresh-water mollusks, a third of sharks and rays, a quarter of all mammals, a fifth of all reptiles, and a sixth of all birds are headed toward oblivion.” And that is just in the near future. If the planet keeps warming and precipitation patterns alter as expected, it will only get worse.

Kolbert takes her readers through a history of extinction from the Ordovician (444 million years ago) to the 19th century when scientists began to come to terms with the idea that some of our fellow creatures had fallen from the evolutionary path. She offers up other important ideas such as the extinction rate has increased as humans have accidentally introduced new species of rats to fragile environments like islands where the newcomers destroy every defenseless creature they come across. The sheer number of species disappearing in our time is enough to leave a permanent mark in the geologic record.

I don’t know if climate change deniers also deny the sudden drop off of other creatures. In the face of overwhelming observational and statistical evidence, if the climate deniers have not yet also started denying the truth of species loss, they will likely do so any time now. The facts are that atmospheric carbon pollution and ocean acidification are driving coral ecosystems out of existence. Fungus infections are wiping our amphibians and bats. Some mammal and bird species move uphill to find cooler conditions but find less and less space since the land area of mountain tops is less than that at a mountain’s base.

The ecological concept of biomes (environments defined by dominant plant and animal species) is being replaced by “anthromes” (environments dominated by humans). The world of large animal biology (mice and bigger) is becoming simpler, that is, fewer different types of creatures as time goes on. Kolbert does not leave us with much hope: “The Sixth Extinction will continue to determine the course of life long after everything people have written and painted and built has been ground into dust and giant rats have—or have not—inherited the earth.”

It seems to me that when all other creatures worth hunting and killing are gone we will have only ourselves left for that purpose. The mutually hating fundamentalists of all religions have a lot to look forward to.

A celebrity news reader has been accused of misrepresenting a trivial incident during Iraq War II. Authentic journal Bill Moyers pointed out the irony: More attention paid to Williams than to the lies of Bush, Cheney, Rice and Rumsfeld that got us into an unnecessary war. If we want to feel outrage about the antics of media figures, why not instead ask Williams and his ilk why they didn’t expose the lies? Democracy Now! and other media outlets did, so there is no excuse.

But why go back in time? The major TV networks cover up catastrophic issues of mass species extinction and climate change through downplaying or ignoring or falsely claiming that many scientists doubt the science. It is not a coincidence that carbon corporations provide an important revenue stream for all the networks.

We have entered the Era of Distraction where television viewers are diverted from the major environmental issues of our time by pseudo-scandals (Williams) or war as entertainment: See CNN’s “The Blockbuster story of American Sniper.”

And while we are distracted, the creatures and the habitats in which they live (or once lived) die in unfathomable numbers.

Hey, Brian, I’ve got a good story idea for you to work on during your six month suspension from NBC. It will restore your reputation and could help save civilization: start telling the real story about carbon-based destruction of the atmosphere, about the deaths of millions of our fellow creatures from amphibians to bats, and about the small number of individuals who profit from the destruction. If someone like you started telling the truth, I believe that many people would begin to listen.