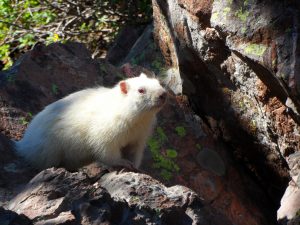 …but each is unhappy in his own way. The source of their unhappiness is a wedding of psyche to stasis, desperation to stick to the old ways: racial purity, domination of women, fundamentalist religious fantasy, sexual bigotry, authoritarian lust. I am not singling out any one group—the ideology of stasis crosses religious, national, ethnic lines to create a global ideology, notwithstanding the most fervent ideologues hate one another with great passion. This is (rather perversely) a good thing because if Vladimir Putin, Ali Khamenei, Rush Limbaugh (not a national leader) and others of their kind throughout the world ever recognized their great commonalities, the rest of us would be in trouble.

Their greatest commonality is unhappiness—a state of mind engendered by their being forever separated from their greatest desires (named above). They can’t always get what they want nor can they get what they need. No matter how hard they try, they will be eternally (really, for all eternity!) disappointed. The laws of nature are against them (a topic to be explored more fully in essays on time and motion). Lusting for the unattainable has a long history. The problem is their deeply felt need to share their unhappiness with the rest of us.

To the extent that a conservative streak exists in all of us, there arises a feeling of dis-ease. The symptoms come out not only in the poor treatment of our co-species members, but also in our relationship to nature. Right-wing rage comes out of the disconnect between us and nature.