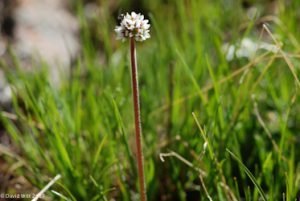 Generally True Patterns: A  New  Natural  History of Recognizing Ourselves as a Part of Nature

An economy and a politics based on loss rather than on pattern recognition is one that leads to impoverishment on multiple levels, devaluing biological diversity and the health of all living beings. In pursuing a public policy of conscious loss-generation—for instance warfare and genocide against other humans and other species—we might ask what generally true patterns support such activity. If we view the entirety as one of increasing inclusion, then we must reject loss as the means to achieving that end. As an example of this, we might subject a simple question to analysis both from the perspective of loss and the perspective of pattern recognition.

What good is the tiger?

The disappearance of the tiger from wild-nature has been proposed by environmentalist Neil Evernden as a metaphor for larger environmental crises. The aesthetic of natural fierceness—power and speed (velocity) combined with the beauty of the animal itself in relation with wilderness (position)—is suggestive of large meanings about freedom, life, death, and change. Meanings include the importance of the tiger to itself and its surroundings, and its symbolic meaning to us as interpreters: the qualified tiger. This tiger, the one facing certain extirpation from the wild finds itself in trouble because its meaning has been removed. There are those who like tigers (or the idea of tigers somewhere else), or who do not actively oppose them, but who discount tiger meaning through economic analysis. The measurable economic usefulness of tigers is primarily limited to illegal trafficking of its components: hides, claws, captivity-amusement value of live specimens. But this business is one without a future with the coming end of the tiger resource. It therefore can be argued that working for the continuance of the tiger based on economic grounds is nonsensical.

Favoring tigers based on ecological arguments is not much stronger. In the past, predator-prey relationships in which tigers were the fiercer part made sense in intact biological systems. Man-eating tigers scare people out of Mangrove swamps, saving those areas. Currently, so few tigers survive that a few less, or none, will likely not importantly disrupt natural systems that have already been disrupted anyway and may be washed away by rising sea levels. Holding on to wild tigers for their scientific value as dissertation subjects is of no help either. Value assignment as study object will do little to aid the tiger relationships of the plants and animals with which it is associated; they will all be equally swept away by the human tide. We also place aesthetic value on the tiger—it is beautiful and wild. But aesthetics no more than economics, ecological, or scientific value will save the tiger. All arguments made on any of these reasons regularly fail as preservationists look on hopelessly and helplessly, watching the tiger disappear from wild-existence.

From the perspective of pattern recognition, it may be seen that when the tiger finally goes, it will take part of us with it. There is no static constancy, only increasing or decreasing inclusion, a person/nature split or a person/nature connection. The politics and policies of loss operate at a deep level. Consciously removing individual or aggregate entities is another way of putting energy into a system and forcing it into a new form. Actions have consequences in and through time.

It is therefore not just the tiger we need to preserve, but the meaning to be derived from all the tiger relationships. An animal (including the human) is self- realized in relation to its society, and that society is realized only in interaction with its environment. Recognition of interconnectedness in the sense of tigers being an extension of us and us being an extension of them is an argument that may not win out, but one which may be more helpful to the tiger than just assigning to it an economic or scientific value. Conscious loss (removal in this case) creates instability which leads to unpredictable change. The change in the world resulting from the loss of the tiger may or may not be minor; but as a metaphor for larger environmental issues, the consequences of basing nearly all of our actions on a policy of conscious loss is monumental.

Conservationists and environmentalists, by basing their preservation arguments on the scientific, economic, and political definitions of loss, will indeed lose all they seek to preserve. The loss of the tiger and much else of wild-nature is inevitable as long as we remain on our present course. The trajectory of this debate alters only with a changing of both basic and principal definitions. The questions we need to ask, the policies we need to follow, are outside the path of loss and instead come directly from the enfolded potential of nature itself, the generally true patterns.