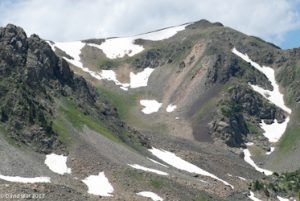 One other important aspect in the category of order is time. A basic shared assumption developed by all cultures is the perception of what constitutes time – both in the immediate term and in the historical period in which the culture or organization operates. This perception will have an important influence on how we chose to interpret and define patterns. Western culture assigns much importance to linear time, measurable by appointments in desk calendars or other kinds of commodity-type units. Time can also be measured by accomplishments so that simultaneous actions can take place. (One of the most important systems theorists Ilya Prigogine gave much attention to the nature of time.)

Time shows other characteristics as well. Historic or longer-term time focuses or broods upon the past. Contemporary concerns can keep us in the moment. Dwelling on the future gives us a chance to look ahead or to avoid something for now. Cyclical time experiences history as repeating like the seasons. Systems, by having come from some place, advancing toward another, and for the moment, teetering on a chaotic edge of the temporary steady state, repeat generally true patterns even if not specific events. A system flows through all the pasts, presents, and futures of time at once. Agents of the system are carried on this stream and affect its course at the same time. It is possible to imagine the pattern recognition naturalist as a time-perception traveler, not limited to any one definition of time, but choosing to use whichever concept is useful in achieving a particular task or vision.

This kind of naturalist can experience time itself as a system and, with intent, try to operate within that system at a level of appropriateness to the situation. Linear time (realized, quantitative) is expended for planning (control) while development time (potential, qualitative) admits that some parts of the system are not subject to the attempt to control. Avoidance of time-entrapment necessitates going back and forth between different senses of time. This is not an either-or issue. It is possible for a particular task to exist in both planning and development time. It may be that time, like other things, events, and processes, operates in the same kinds of ways regardless of scale.

Conflict within oneself, within an organization or between an organization and its environment (other organizations or other kinds of systems) arises out of misunderstanding one’s own or others’ time definitions. The place to look for the meaning of whatever we are trying to describe is not in the individual agents but in the interrelationships and interconnections of those agents. The pattern, of which time is a part, is big and impersonal. The level on which the individual living agent interacts with the entirety is highly personal. The limitations of the cold logic of science, as it has come to recognize the mathematical complexity of reality, necessitate the use of a deep immersion approach to organizing knowledge and the need to re-forge our connections to nature and time. The natural and social worlds are part of a single larger whole within the entirety moving through time.

But where are we located in this larger order of the entirety? Is it self-centered to believe oneself at the center of the universe? As you are implicated in the entirety, there may be fundamental truth to ascribing your position as being in the center. In an infinite universe, all distances from where you are lead to infinity, with yourself in the middle as a kind of hub. You are, in some respects, still in that place. This compact connection of the quantum and cosmological entirety in a point represents an intimacy of magnitude on a scale we cannot comprehend, yet the concept is important, for if this theory from physics in correct, then no person/nature split can physically exist. All things, events, and processes were implicated from the beginning to unfold into manifest and permanent relationship.

We remain in this relationship of the entirety because of generally true patterns that are in force regardless of placement of the scale from basic to principal. Quantum mechanics (behavior of subatomic particles), special relativity (perception of space and time as an outcome of motion), general relativity (the shape of space and time as influenced by matter and energy, i.e., thermal history), operate without us, but also operate within us (and not as something separate) as generally true patterns that are equally applicable to the physical, biological, and social realms. Any other interpretation allows the argument that nature is a thing apart from us and not significant in relation to actions we may take. Arguments to the contrary come from notions of reality that perceive progressions as only linear in form. These linear relations do exist in much the same way that Newtonian mechanics exists even in the age of quantum mechanics. The limitation of these approaches is historic, an unwillingness to accept the literalness of natural history. All relationships are connected relationally through time: systems are part of other systems because of shared time ancestry. This concept is difficult to depict graphically.

Generally true patterns are enfolded potentiality, which is to say they are abstract. Since they are not things, they do not lend themselves to placement on relational charts. We can, however, infer their existence through observational natural history, the realized, concrete events of things, events, and processes that take changing form over time. The entirety in either its abstract enfolded or concrete unfolded form is a moving target beyond absolute description: evolving historic relationships (determinant in hindsight), manifesting in this moment of purely conceptual and illusory present, and continuing onto an indeterminate future. In this time-based system our challenge is to find the means of connecting the processes that unfold to become the three realms of the physical, biological, and social. To the extent that we disbelieve the possibility of relational connections within the chaos and complexity of the entirety, we create the static existence of a person/nature split where our actions do not matter.

One means of finding order (or ordering) within this moving-target universe is to recognize nature’s tendency towards patterning. The fundamental stuff of atomic and subatomic particles may not be precisely eternal, but the events of which atoms are a part occur within time. The transformation of generations of solar bodies, to take but one example, occurs over billions of years. Physicists claim that atoms did not exist until sometime after the Big Bang, but the meta-pattern of creative evolution seems to have been present from the beginning, perhaps a concept as close as possible to describing something eternal. Such implicate forms mysteriously give rise to a process of potential becoming realized.

A thing, event, or process becomes realized at the moment its existence acquires meaning in relation to something else: it effects and is affected by other things, events, and processes over time. At the moment of its unfolding into a specific, an agent acquires a history in time that connects it to all else that has ever happened or ever will happen. It finds relation in terms of momentary position and evolution in terms of its rate of motion. The development of meaning, from the creation of the first atom to the first dinosaur to the first self-aware conscious thought about the world by a living creature becomes in this way more than novelty. Time itself becomes both object and subject of natural history. Within evolutionary time, physical, biological, and mental events become not things separate, but relationships inherently implicate within one another.

In describing the workings of the entirety whether through generally true patterns or any other means, we should consider this warning: “Every time you write a rule, something escapes.” (Attributed to Ralph Hummel by Professor David Carnevale, University of Oklahoma, personal communication, June 1999. Of course, this rule, by its own internal logic, may not be correct since anything could escape to prove it wrong.) A truism from art history applies here: All photographs of paintings are lies. The representation of the object is not the object; the actual object cannot be captured in reproductive models.

This is not as obvious as it seems since representing complex systems from fractals to business growth statistics in two-dimensional form is the standard—but one pattern that does not exist in a generally true way in nature’s complex systems is the two-dimensionality of standard linear models. Simplified depiction in the form of flow charts, organizational charts, matrices, and the like gives the impression of a linear, reductionist approach even where not intended. Allowing that this is one kind of description, depicting a generally true pattern throughout its manifestations in physical, biological, and social systems may have to be accomplished in another form than the two-dimensionality allowed by paper. The talents of the visual artist, the computer programmer, and the mathematician (the place where art meets science) are needed to depict a new graphic, perhaps a hologram accounting for multi-dimensionality. By whatever means it is conveyed, both the passage of time and the reality of change over time need to be reflected graphically if the model is to show the system as a whole. The resulting pattern:

All systems have a history in time.

Order is identified through text and charts. Impressive for each such attempt is what is left out—agents conveniently ignored for not fitting within a particular scheme (it can’t exist if it is beyond our explanation) or not considered important enough to warrant explanation (cases of conspicuous by its absence). This was the failure of the Great Chain of Being. A chart that includes small to large things (like atoms to galaxy clusters) falls short in explaining quantum mechanics, relativity, gravity, and electromagnetism while theoretical concepts such as graviton particles may exist from most basic to most principal inclusion, but have not yet been discovered. What is the speed of thought and imagination compared to the velocity of light? Does our conceptualization ability outrun photons to instantaneously connect vastly separated things, events, and processes? Non-linear relationships such as consciousness are impossible to depict, as is the concept of the spiritual.

Patterns operate at the scale of the unimaginably small to the incomprehensively large. The broadest of them, such as evolution, are present at every scale of physical size and time. The inherent movement within the entirety is of all agents to all other agents. As a generally true pattern this can be expressed:

As things, events, and processes evolve, so also all the relationships among them.

Next essay: Chapter 6 Part I Organization, Leadership and Imprecision