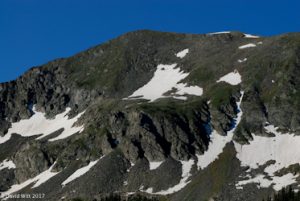 Since knowledge of patterns can give guidance to behavior, by implication there are ethical dimensions to this line of inquiry, seen more clearly when restated as a question: How can we use knowledge of generally true patterns as a guide for our behavior? If we ask this, then we are faced not only with using this body of thought as a guide for how we act in relation to each other at work, at home, and in society in general, but also, as a guide for our relationship with nature itself. Could generally true patterns form a systemic basis for morality? Generally true patterns can be thought of as a philosophical ecotone, a phase/space of transition/connection, the entirety of things, events, processes, and organizational structures that are at once (in space or in the mind) a place apart and a place connected. This process of ordering may itself be part of some larger pattern. Pattern recognition can be used in assessing personal and organizational situations: environment (constraints and opportunities), resources (availability of information), and history (the relative importance of agents at work on each level of the system perceived as moving from less important to more important).

The challenge faced by individuals and organizations is that of adapting to the turbulence caused by the actions of other systems (physical and cognitive). The manifestation of turbulence is uncertainty. The outcome of uncertainty is change. Organizations may expand to encompass a greater sphere of the environment (pushing boundaries outward) in an attempt to control change (e.g., purchases, mergers, acquisitions) or may attempt to become more self-sufficient by increasing internal production of whatever is needed to sustain the organization’s operation. But when these methods become an attempt at imposing centralized control, the system can move toward a closed rather than open organizational model and a counterproductive rejection of the generally true pattern of the inevitability of change. Failure to cope with change results in organizational death. This is a common if not predominant tendency over time that might be shown by listing the number of business and private non-profit corporations over one hundred years old or the list of first marriages lasting a lifetime.

The generally true pattern here is:

Energy input is needed to maintain any system over time without running down.

This input comes in part from individuals within an organization and can be measured by whether or not actions taken are achieving agreed-upon objectives. Energy comes into an organization from the outside (taking into consideration the larger environment) determining the appropriateness of actions taken in relation to the larger frame of reference for the system as a whole. Deciding what constitutes inside vs. outside energy sources is an imprecise act. The generally true patterns are useful for making such arbitrary divisions less important. When we organize how we think about things, events, and processes as a kind of continuum rather than a separation, we begin to apply models from nature to the needs of our organizations.

The usefulness or guidance value of a pattern can be tested by stating it as a question: If this pattern holds generally true in physical, biological, and other social systems, how can we apply the lessons derived from it to a problem in our own organization or lives? The process starts with identifying a particular pattern, such as All production is associated with certain costs.If specific examples can be found in all three categories of systems, then the pattern identified could be generally true. Next comes analyzing the meaning of the pattern to determine how it applies to one’s own organizational problems (including one’s personal life). It is at that point that the leap is made from theory to practice.

Next essay: Chapter 7 Part I Loss