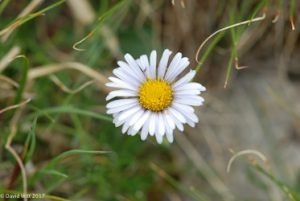 The belief that we can arrive at absolute knowledge of something presupposes that that something can exist in a static, unchanging state. The evolutionary view of pattern recognition suggests the impossibility of an unchanging condition. Our perceptions and consciousness of nature is in an endless process of movement and change. We are not separate from the reality we speculate upon. Consciousness and external connections form a continuum of boundaries, expanding the first statement of the pattern:

All situations of things, events, processes, and organizations exhibit motion and change—there is no situation of unchanging condition.

Our perceptions of divisions divide us from each other and from nature, but we can also perceive reality as a flow rather than a series of breaks. How we order language, mathematics, and knowledge in general shows the deep ways in which we connect or disconnect the things and processes of reality to and from each other.

Divisions in our perceptions of things, events, and processes are confused for actual breaks in reality rather than analytic tools. In contrast, the harmony of individuals and societies with nature could arise from a recognition that patterns work in a similar way across all boundaries, including those boundaries we cannot define precisely. Indeed, giving up a need to define all boundaries with certainty may be achieved more easily as we begin to understand that such definitions are not always important.

If we re-order our perception of nature so that vague boundaries do not become insurmountable barriers, then we accept that our understanding of it may reasonably change over time, just as nature does itself. There are historic examples of our having changed the way we conceptualize. Newton and Einstein in science or Picasso and Kandinsky in art changed how we use physics and how we use visual imagery. Following these perception shifts, language evolution—new words or new uses of old ones—followed. Similarly, the statement of generally true patterns represents a way to achieve the recognition of flow, rather than disconnection, as the more accurate model of nature.

All events, objects, entities, and knowledge are not things separate from each other, but are realized specifics unfolded from the potential of generally true patterns. Everything that is realized in a way we can recognize (supernova explosions, garter snakes catching lizards, the appointment of a Supreme Court justice, a radioactive waste spill) is part of a larger process of change and movement. David Bohm makes an analogy to the flow of a stream, the ripples, waves, and vortices of which create patterns that are seen individually but that are not independent of the larger flow. Herakleitos observed that a river may be entered once, but not twice, since the water first encountered has moved on. In Siddhartha, Herman Hesse wrote that a stream always lives in the present, at once at its source, its middle, and its end. The state of constant change itself seems to act as the one quality that does not change. Knowledge itself is a manifestation of this generally true pattern. According to David Bohm in Wholeness and the Implicate Order, all thought and all things are themselves abstracted from the total process of reality, “incorporating both thought and what is thought about in a single movement,” a direct philosophical conclusion drawn from quantum mechanics.

The implication of pattern recognition is that we affect and are affected by the systems (business, relationship, environment, etc.) of which we are a part. The causality of events, consequences, and ideas have effects that pass through time and distance while not being interpretable in a merely linear fashion. Nor can any measurements account for all the variables of the system. Given this difficulty in accounting, generally true patterns reveal laws, rules, and tendencies within nature that exist on a broad scale. Applying awareness of these patterns to the circumstances of our own lives can provide guidance. Admitting to the primacy of change as basic to all operations of nature is a first step in this process.

The structures of generally true patterns are helpful in the examination of boundaries since systems are not entirely isolated from each other but subject to mutual influences through the various levels as well as among the three realms. At the quantum (very small) level of system activity, measurement is difficult because the rapidity of change may be greater than the response time of instruments needed to record the change. Bigger systems—commodities markets, for example—change more slowly, but the problem of measuring the rate of change or analyzing the pathways on which events move through adjacent systems remains daunting. Specific, localized quantum rules are different from commodities market rules, but the underlying pattern of change is the same: the pattern potential unfolds as realized events across particular cases.

On a larger scale, Einstein thought of the universe as a kind an unbroken whole rather than a collection of components. An example of wholeness comes from astronomy where energy across a spectrum of light and sound from different places and different times travels through time and space to intersect our seeing and hearing. Traveling energies are folded together through the vastness as a potential which, when it strikes us and our instrumentation, becomes realized events of sound and light, a depiction of an unfolded whole: not a final conclusion, but a demonstration of connectedness to the rest of nature.

The conceptual belief in boundaries and unchanging permanence is based on the analogy of machine-like parts that interact but exist independently of one another. By contrast, the enfolded order can be understood as the biological analogy of a living body (or system) where parts are not independent or even interdependent but are in an entire relation of uncertain boundaries. Further consideration of generally true patterns will help in explaining the connections.

Next essay: Chapter 5 Part I The Order of Connection/The Connection of Order