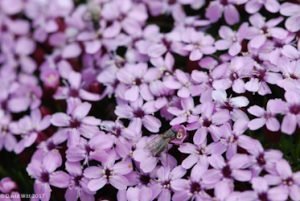 On a windless summer day, sitting in the outdoor, tree-shaded patio of a popular local restaurant with a Japanese-born architect, I was confronted with the imprecision pattern. On the table was a rectangular dull orange ceramic bowl containing several kinds of paper-packaged sweeteners in a space half as long as a standard pencil and only half that wide. The food server, who perhaps thought we were looking at it, asked in reference to the bowl, “Is there anything not in there that you want?” She appeared surprised when we looked at her not knowing how to answer. “Is that a philosophical question?” I asked.

A Buddhist koan, we decided. What might not be in there? A chocolate mint? A winning lottery ticket? Taoist emptiness? What could be the range of things not in there that I might want, if anything (everything) could be included? My companion and I later decided that it could take several days to come up with an approach to the question, let alone come up with an answer. Since the food server was busy with the onrush of lunchtime customers, I said, “No.” But it was not clear what I said no to. How, for instance, is it even possible to know the full range of what might not be there? There could be things not there that I don’t even know about wanting, but which I might want if I knew about them. But how could I know? Perhaps what I most want I don’t know about. Can there be an “anything not”? What if I want something not in existence—would that count as an “anything not”? And what if I had wanted anything not in the bowl, what then? Would any answer be a matter of fact or would it be a statement of belief?

In belief systems we may affirm something based on no understanding, then negate or deny this something as we seek meaning, and then perhaps affirm it once again at a later time, but this time knowing why we do so. The sugar bowl contains everything or nothing. The origin of printed words on the packaging can be traced back to the beginning of time. Although the outcome of unpredictable determinism, with hindsight we might trace back every signal, every chance or planned bifurcation that led to the sugars’ presence on that table at the moment the question was asked. The enfolded potential of the universe, there from the beginning, unfolded into specific, realized form. If so, then perhaps what I want is already in there—but would I recognize it?

So is there anything in there that I want? No. An answer in the negative could be a correct reply only if there is meaning to back it up. On the other hand, what if in answer to her question I had said, simply, yes? What then: You can’t always get want you want, but if you try sometime, you might find you get what you need? In the event, I took nothing from the bowl other than a sense of disquiet and asked for nothing more either there or not there.

Imprecision and instability need not mean despair. Application of imprecision provides the structures required to build our lives and organizations. It is in part a nod to the physicist’s uncertainty. All systems of the entirety are characterized by creative, evolutionary change, inherent movement, and dynamic cross-realm relationships leading to certain but unpredictable consequences:

All agents within all systems operate with some degree of imprecision.

For one asteroid striking another into a different trajectory, for an eagle swooping down on a meerkat, for us contemplating taking a risk in business, extreme adventure, or love, the prevailing pattern at work is one of imprecision, increasing or decreasing levels of control, always something less than absolute certainty of a specific outcome, but at the same time based on existing or impending potential (or emergent) order.

In this essay I will suggest a number of generally true patterns that present guidance through acknowledgement of imprecision in light of giving up on the hopelessness of certainty. Pattern recognition is the way past Einstein’s quandary of a universe that is either un-creatively deterministic (i.e., this-worldliness, time and history have no independent existence) or ruled by pointless chance (otherworldliness, time and history are irrelevant). The generally true patterns suggest the reverse: unpredictable determinism is the agent of creativity; and chance, rather than existing without meaning, is the ever unfolding realizations of enfolded potential over irreversible time. Also in paradox is the very concept of certainty, which is not supportable as a three-realm pattern. As Prigogine pointed out, initial conditions of anything (since all events, things, and processes seem to go back to the beginning of the beginning) cannot be precisely measured. However, much about nature can be imprecisely known. Consciousness about the meaning of the patterns can bring not only guidance but a degree of comfort as well.

This is the underlying premise for the imprecision of patterns:

All systems of the three realms are ultimately, even if distantly, connected to all other systems.

Organic and inorganic processes on earth have created an interconnection of all living systems. Cultural and cognitive processes have evolved from those systems and remain dependent upon them. Open systems encompass a wide range of energy forms such as thermal (physical) and informational (cognitive).

A functional system is one in which the inflow of energy is sufficient to maintain its operations.

The vitality of any system depends on the free flow of information.

In systems from phone line data transmission to political structures, access and distribution of information is the determinant of system efficiency. Signals at the most basic levels in physical systems, the migration of genetic codes in organic systems, and the spread of scandalous rumors in social systems are examples of decentralized flow. Support for distributed, non-hierarchical power sharing in organizations might find a model in this pattern. In a change-driven environment the ability to adapt is the key to survival.

The change process is all-important.

This occurs as a result of changes in the physical locations of agents, and also of the abilities of the agents, the demands on them, and the separations or joining with other agents. These processes sometimes modify the environment itself. In the social realm, both business organizations and nonprofit agencies experience identifiable life cycles, including rebirth, as a result of disaster or reorganization. Interpreted as a pattern that is generally true, differentiation is an aspect of the meta-pattern of evolution. Darwin’s Galapagos finches evolved from a common ancestor to include several types which are of the same organization (finches) but which perform specialized functions. The principles of science increasingly inform the perceptions of organizational change. Dynamic disequilibrium from energy input forces change from the quantum level to the corporate. Change also exhibits the quality of position:

Information (or energy) does not move in a vacuum but through an already occupied space.

This is true not only on the subatomic and molecular levels (even allowing for the vastness of space between objects in the quantum realm, agents there do run into or otherwise affect one another), but also in politics and organizations. Space, in its various aspects, is crowded with systems that we may or may not see. Information running through social systems inevitably bumps into something. Yet it also keeps going:

Information exhibits the quality of continuance over time.