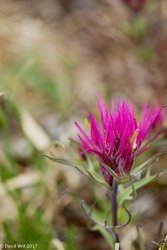 It may be that ordering what we know about nature may be as close as we can come to understanding or assigning purpose to our existence. This is a very old pursuit of pure intellect, possibly the first. Ordering, in terms of separation and the person/nature split, has been the subject of discourse for millennia. The ancient rules of relationship, termed the Great Chain of Being by Arthur O. Lovejoy, represented an important basis of Western thought. It is important here because, for all that it has been discredited, its static-universe view of ordering the world still influences the way we actually behave. The ordering of everything as we know it (beginning with God and then descending through spiritual and profane sentient beings, then non-sentient beings, then the various non-living forms) is characterized by static constancy. I take the opposite view summarized by a generally true pattern:

Since stasis is the prevailing worldview, however, it must be examined.If ultimate power rests with those who make not just the rules, but the definitions of all rules, then the influence of the Great Chain can be more easily understood. Its motto could have been: A place for everything and everything in its place. This continuum of nature was one where nothing moved up or down the scale. In such a system, only certain kinds of questions could be asked. Questions asked outside of the concept of truth it prescribed about the nature of Man and God were not worth asking and thus were of no consequence. This is important because the immorality that arises in human society when nature is seen as static rather than dynamic allows (or causes) catastrophic consequences both for wild-nature and human relations from micro to macro scale.

This is the nature of rigidly set hierarchy, ordained by God and enforced by jack-booted thugs; and the plantation system where a few men are Men, all other men are servants, women are objects, and wild-nature is an exploitable resource. This is a system whose logic suggests that thermonuclear war is thinkable, even desirable to the religious-righteous, not withstanding that both the attacker and the attacked will be equally destroyed by climate change and radiation poison. It is thinkable because even catastrophic outcome does not change the essential order of God to Man to Nature.

The consequences of the static view of nature are therefore of the highest order of importance. There were two divisions of this linear perspective—physical and metaphysical. Rocks, plants, animals, and Man comprised the lower realm, while the metaphysical elements, spirit (and spiritual beings) and God were the components of the higher. All agents were forever in their assigned place. By homologous principle, classes of persons, male-female relationships, social institutions, and person-nature relationships were similarly forever fixed.

The links in this chain weakened during the Age of Enlightenment as events and processes (and thus history) were acknowledged as part of observable existence. This mattered to individual persons when social classes were seen as artificial constructs and not the result of divine order. Among other influences, John Locke, Jean-Jacque Rousseau, and the traditional values of Native American tribes argued against the static universe view and inspired figures of the later Enlightenment such as Thomas Jefferson to new heights of moral and political thought (although they were not all on the same page when it came to which kind of change they supported). Fascism, neo-conservatism, religious fundamentalism and other authoritarian/racial supremacist orthodoxies are vestiges of Great Chain thinking that act in opposition to the recognition of generally true patterns in nature. History casts long shadows.

Arising from consideration of the Great Chain of Being are two opposing concepts. The first is of a remote God removed from the concerns of humankind, existing in a self-contained state with no need of us, a level of goodness outside of time and one to which we cannot aspire: otherworldliness. Think of the gloomy image of Odysseus walking among the Shades in an afterlife of horror. Better true oblivion than this. Part of the impulse for creating a concept of God (or of a secular belief that nature matters) comes from the need to find an end to the feeling of separateness and instead experience a connection to something larger than the self.

The second concept is of a supreme being who is engaged in an active relationship with us, who is within time relative to us, and who is concerned with the ongoing process of creation: this-worldliness. God and creation are interconnected. It is from this place that meaningful questions can arise: Why are we here? With this-worldliness, our being here can, on some level, be explained in rational terms. In both concepts the vastness of the cosmos is recognized, but whereas we are lost in the vastness of the former, we are one of many realized possibilities of life in the latter where aspects of the divine can appear in the world.

Further explanation of this-worldliness comes from Lovejoy’s principle of “Plentitude” where reality itself is characterized by inherent “reasonableness.” Everything that exists must exist for a sufficient reason; conversely, there is equal reason for others things not to exist. In the 20th century mathematical probability replaced reasonableness: unless something is specifically impossible under the laws of physics, it could possibly exist. The Great Chain link on which humankind exists is somewhere in the middle, differing from forms below us only by slight degree, but that place is fixed and certain. Today’s Plentitude philosophers can expect to get a headache from research showing a high percentage of genetic material shared by humans and chimpanzees, blurring the relationship rigidity.

Questions of religious belief devolve into doctrinal struggle. The micro-management god makes its adherents into dangerous fanatics. The remote god, unconcerned or unaware of our existence, inspires neither fear nor belief. The principle of plentitude, by contrast, suggests that rationality exists (also a central tenet of contemporary systems philosophers) and that it is backed by some mysterious force (Bohm says it is an underlying reality), an Idea, a form of Good that is an essential element of existence. This is not about miracle stories but the deeper, fundamental imposition of structure upon which we may find a means or meaning of connection.

Is there a telosof intent? Does the existence of evolution (cosmological as well as biological, bringing about the death of the Great Chain of Being) leading to life suggest supernatural intent to realize the potentiality of life? Scientists have postulated the mathematical odds against the creation of life as exceptionally high. Particularly interesting is the existence of the quality of evolution itself. Was evolution from the Big Bang onward mere chance? Planned? Inevitable? Or could it have as easily not occurred at all and could nature instead have taken on a static, unchanging form, an other-worldliness with or without God? I am not convinced that a universe based on intent is really needed; the power of mind should equally be able to impose a self-actualizing structure on existence, although, if so, we are still left alone in the vastness.

Having raised so many important questions, ultimately, the Great Chain of Being failed to answer them. On one hand, in the other-worldliness model, there is the direness of individuals being all dressed up – spiritually speaking – with nowhere to go, a failure to derive meaning from faith. On the other, this-worldliness fares little better since, although God may have filled the universe with creations to make the Good apparent, we still cannot move up the chain. We are still caught between non-sentient animals on one side and angels on the other; there is no apparent progression in store for us. But the idea of nature as static is disproved in several ways. Extinctions of solar systems, species, and civilizations occur, and others rise in their place. We can reasonably imagine things, processes, and events which do not exist. Consciousness does not inhabit just one place on the scale of the Great Chain but is seemingly active over a range of phenomena and possibilities. There is in addition the presence of generally true patterns which cannot be logically contained in any one position on the Great Chain or any other reality chart; their endless realized examples themselves lead to subsequent and different specific occurrences in the universe.

The principle of Plentitude and the Great Chain did not meet the standards of straight-forwardness and intelligibility required by the Age of Reason. The concept of a universe of rigidity began to break down with the Copernican revolution and was destroyed utterly by Darwin’s theory of evolution. The universe which is perfectly ordered, where randomness cannot be a factor, where a fixed eternity has been established, is also one which is entirely hopeless and irrational. Yet, it is exactly that which drives world politics and shapes the attitudes of many. The antithesis to philosophies of non-meaning is that something in the human spirit—the questing, planning, conniving, forward-looking part—ultimately cannot accept being doomed to an imaginary world of un-change. Where change compounds change, actions matter, sometimes severely. It is possible that we might increase the harmony in our lives and in our relationship with the rest of nature through awareness of the generally true patterns. Those actions for which there seems precedence across the three realms are more in keeping with what might be called the flow of nature than those actions which do not find such support. All actions are natural, but some have a deeper resonance for us than others.

Next essay: Chapter 5 Part III The Order of Connection/The Connection of Order