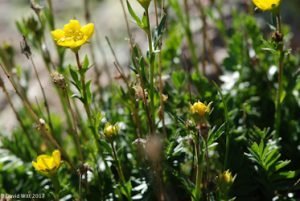 Generally True Patterns: A New Natural History of Recognizing Ourselves as Part of Nature

Chapter 1 Patterns Part II: Above All Else, Nature Is Characterized by Movement

My role is to act as a natural historian of pattern recognition. Patterns are essentially limitless in number, like the synaptic connections of neurons, a multitude of pathways without an apparent center. There are no identifiable entries or exits; all parts are larger or smaller aspects of all other parts. Generally true patterns of underlying order may describe a degree of connection and control from higher to lower (or lower to higher) levels explaining some part of our relationship to nature and one another.

Understanding the nature of change and motion through the things, events, and processes repeating through many forms in apparently unrelated circumstances is daunting, but denying the existence of change (such as the clean atmosphere of 1700 becoming the contaminated one of today) or of responsibility (such as “off budget” foreign wars creating deficits) shows that some among us deny the possibility that what we do has an impact on the world. For example, the diversity of the biosphere is being irretrievably destroyed without hope of recovery. Once a species or a region is gone, it’s gone. Our actions suggest that extinction doesn’t matter or can’t be helped, even for those of us who believe the destruction to be a crime against the earth. Either way the carnage does not stop. The simultaneous ability by our other-wise civilization to hold both apathy and moral outrage at the same time stems from a reluctance to search for meaning in nature.

The person/nature split is about our distance from wild-nature, not just its poetic aspect, but from reluctance to admit the primacy of physical and biological laws. The disastrous weight of this belief is compounded by our idea that we live in a static universe where movement, flow, and the irreversibility of time do not occur. The outcome, based on our actual behavior, not what we say, is a belief that our actions have no consequences, or at least few important enough to change our behavior. We may decry war, human rights injustices, or species extinction, but the historical record tells a different story. The study of generally true patterns considers the disconnect of stated belief from actual behavior as a loss of meaning that occurs because of the nature/person split. Acknowledging inherent connections between nature and society, and between time and our actions, becomes essential in understanding a world we are rapidly destroying.

Naturalists traditionally made observations of wild-nature and interpreted the meaning of those observations. They found that nature is characterized by complexity of process and form, yet at the same time brings an economy of organization to its seemingly infinite variety across all scales of size such as the similar spiral forms of nautilus shells and galaxies. The generally true patterns in this book, however, are more about principles than the visual appearance of forms.

Statements of the generally true are somewhat radical within the context of Western heritage that more often looks for the absolutely true. Here is a centrally important pattern that provides thematic context for this work as a whole:

All actions have consequences.

This may be the most problematic because it is a statement that we often claim to believe but that our behavior contradicts. The outcome of accepting or ignoring consequences will unfold in the following pages. (This pattern is of course a basic tenet of Buddhism; my perspective is based on Western science.)

Actions are actions regardless of the originating source of the event. In the physical realm gravitational forces hold together aggregations of planets to a star. Radioactive decay changes uranium into lead. Within living systems, the action of introducing an exotic species like salt cedar into a new habitat extirpates native grasses and wildflowers. In the social realm, the assassination of a president in an African country leads to a war of genocide between Hutus and Tutsis. In each case, a certain action has led to a particular result, the details of which in living systems are largely unpredictable, but in all cases display the same underlying pattern of actions having consequences. Actions may be termed disturbances. Within this pattern disturbances can take physical form, but also collect conceptually. Massive ideas distort our space-time more than less massive ideas, a pattern similar to the gravitational effects of more massive on less massive astral bodies.

This pattern is not a truism, because in destroying the biosphere of the planet (pollution and species extermination) and taking actions against other humans (murder, rape, torture on a small or large scale), and willingly taking actions against ourselves (knowingly eating unhealthy foods when nutritious alternatives are available), we act as if actions do not have consequences. Until we understand on a deep level that we are nature, that our actions constitute an outcome of natural processes, we cannot solve the chronic crises facing us. Accepting ourselves as a part of nature rather than separate from it may be the most difficult challenge we face. Until we do so, we actually deny that actions have consequences in a fundamental way.

As a result of this denial of our actual behavior in relation to the rest of nature, the usefulness of this book is less to prescribe how to live than it is to acknowledge recognition of our being a part of nature. Until this fundamental shift in our philosophy and our psychology takes place we will not be ready to admit the existence of motion and change. Pattern recognition can be a part of this process of increasing our receptivity for change. When we truly accept and understand ourselves as a part of nature, we may become open to solutions needed to assure our survival along with that of our fellow creatures.

The issue I wish to address is the fallacious belief that the significance of our behavior is trivial and irrelevant to anything outside of itself. The natural history of pattern recognition recognizes the existence of broad organizing structures explaining the person/nature connection within a non-static universe. The behavior we exhibit always leads to outcomes—for good or ill. Meaningful chance requires the acceptance of individual responsibility for the self and for others, because the reality in which we exist unalterably consists of interacting things, events, and processes. The opposing view, closed-system silliness such as “Objectivism” anchors the political ideology of the person/nature split in which we are exempt from the laws of nature.

Next essay: Chapter 2 Part I: Historical Connections of the Anthropocene