Send Trump to the North Pole—it’s warmer there.

It’s beginning to look a lot less like Christmas up north. Mid-month December temperatures at the North Pole have risen 50° F above average to just below freezing—nighttime temperatures in Taos are colder. During summer, parts of the Arctic are warmer than Taos.

Meanwhile: Hysteria reigns in North Carolina over who gets to use which bathroom. “Liberal” media (MSNBC, Huff Post, etc.) continue giving Trump more of the free publicity they used to propel him into the White House. The Obama administration slams Russia for providing armaments to Syria used to kill civilians there while at the same time providing armaments to Saudi Arabia used to kill civilians in Yemen. Democrats blame (among others) the Russians for costing them the election—easier to blame foreigners than there own stupidity (e.g., they really should have won).

From the Radical Natural History perspective, it is clear that negative media about Trump misses an important point. He is not a cause of our problems, but a symptom. Think of him as nasal congestion, an outcome of the corruption of the common cold, not the cause. It is the deeper virus-like corruption of a world civilization—that can tolerate, ignore, or even benefit from (in the very short term) the cataclysm of rising temperatures and species extinction—which has not the slightest compunction about producing Trump and his illiberal companions.

Time to start panicking, or past the time when we should have done so? 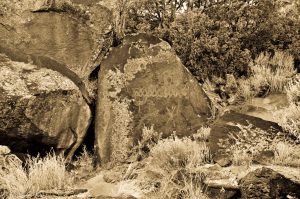 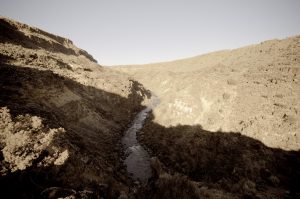