It seems that the GOP (Grand Old Pederast) party had a bad night this week. Now that this latest outrage is sort of passed, time to go back to the world of beauty. The Dana Plateau sits on the eastern edge of Yosemite National Park, a high mesa, the top of which somehow  escaped glaciation. A moderately stressful hike to get up there on the trail; Bob Hare and I took the scenic route (no trail) but saw (while still below the Plateau) some remarkably wonderful areas.

All that is missing from the Dana Plateau itself are remnant populations of Pleistocene megafauna seemingly appropriate for this Lost World. Choosing which of my photos to include here a difficult choice.

The route up; Dana Plateau on the left. Follow the obvious arroyo route to the mesa either in the arroyo itself or on the adjacent trail if it is not snowbound. 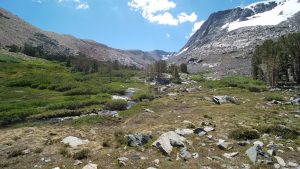 First view after the climb up

The flat rocks tundra, scoured not by ice but by time and wind 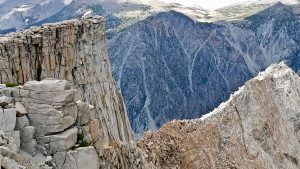 The author at the edge; Bob at a farther edge 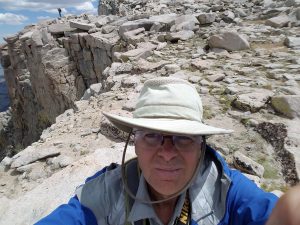 Bob at the edge 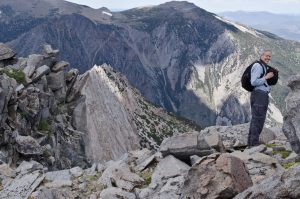 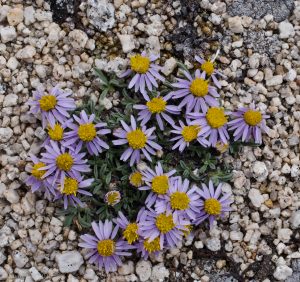 Another alpine flower bouquet–there were many of these 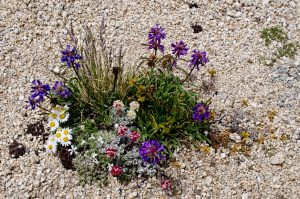