Gaylor Peak (11,004′) and the Granite Lakes are easily reached from the parking area at the east entrance to Yosemite National Park: Park, then start walking uphill on the trail. There may not be an better way into the Yosemite High Country than along this route.

Treeless, or nearly treeless alpine areas look a great deal like Arctic tundra, making this a fine way to see why many of us are fighting to save the beautiful Arctic, even if you cannot get there to see it for yourself. Senator Lisa Murkowski (R-Alaska)  has taken the utterly immoral and environmentally catastrophic position of opening the Arctic National Wildlife Refuge to oil exploration. This is part of the Republican tax break for millionaires bill expected to pass both houses of Congress and be signed by the President next week (late December 2017). The Senator has claimed that sacrificing one of the last pristine areas on earth is justified by the opportunity to “create new wealth.”

This depends, of course, on your definition of wealth, in this case a zero sum game in which more wealth for some means less wealth for others. More baseline (copyrighted) photographs follow documenting what it looked like before Murkowski and her ilk completed the destructive sequence of destroying the livability of the planet through increased carbon pollution.

Lake at base of Gaylor Peak 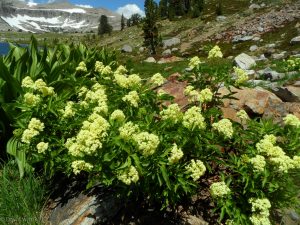 Corn lily at base of Gaylor Peak 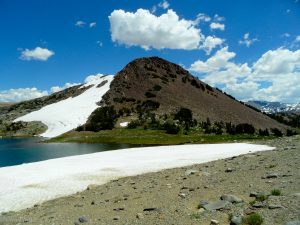 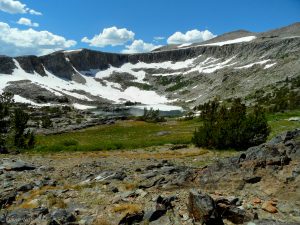 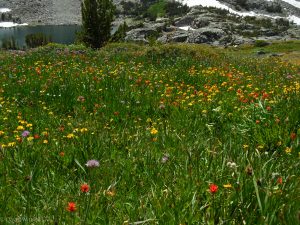 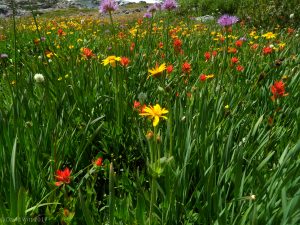 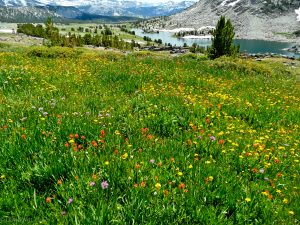 Down valley from Granite Lakes 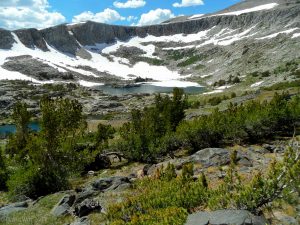 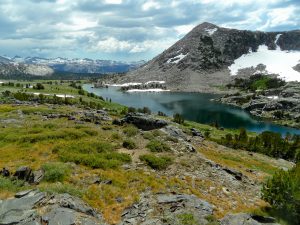 Another down valley view from Granite Lakes 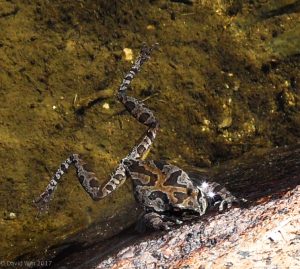