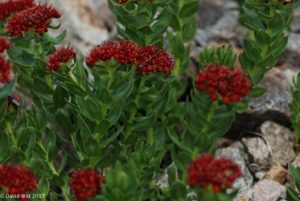 While order is a matter of perception of connection and disconnection, it is also a matter of scale. Nature is characterized by multi-dimensionality of scale (size) and time, further qualified by qualities such as luminosity and electric frequencies. Mapping this reality in the 20th century became a primary goal of the systems scientists. They took on the difficult task of creating diagrams and charts that would quantify the scales and qualities of the measurable and immeasurable. The problem with relational scale is that the physical distance between the very small and the very large is difficult for the mind to grasp. Within physical systems are the extremes of small (photons, nucleons, properties of subatomic particles) and the extremes of large (galaxy aggregations, the astronomical universe). Within biological or living systems are natural components (organisms, ecosystems) and the special case of humanity (socio-systems, and cognitive processes that can occur as a result of our existence).

Inherent to this scheme of organization seems to be a hierarchy of complexity. To some extent, each higher system (in the progression from smaller to larger) is smaller in absolute number than the previous one, but at the same time is greater in diversity. There are more atoms than molecules, more molecules than organisms, more organisms than societies, but with increasing complexity from one level to the next. Since systems can be seen as crossing even these boundaries, assigning definite place to anything within this order can be seen as more convenient than real. The difficulty in describing systems is compounded in two ways. One is that they are multidimensional, expanding in all directions as they evolve through time in connection with other systems. The other is that complex systems are abstract constructs whose components are our own creation, simplifications necessary for comprehension. Even where constructs such as length, width, and depth make sense, the possibility of mysterious quantum dimensions makes near nonsense out of the concept of dimensionality. Hidden dimensions may be enfolded into the more familiar dimensions.

Both the big and the small of physics, cosmology and quantum mechanics, edge into claims that sound metaphysical: the universe contained in a singular point before it expanded; a post Big Bang expansion rate that seems to have outrun the speed of light; and subatomic particles whose vibrations may be a connection to the origins of all patterns. Scale, however, is yet more complex than just bigness and smallness. It is also a matter of relative importance of all agents within the entirety. For relatedness of scale to exist in nature, some sense of hierarchy must exist, one based on physical dimensionality (numerical quantification) but also, like the Great Chain, on our perceptions of order (reasoned qualification). The concept of relative importance, or increasing inclusion, is the ultimate denial of static constancy since the boundaries of things, events, and processes are not clear. Each class of agents within the entirety, however, can be thought of as containing more or fewer aspects, including actual components such as atoms or thoughts. Subatomic particles (either discovered or undiscovered) comprise the most basic class. On a scale of increasing inclusion, human consciousness, particularly in its more esoteric speculations, could be considered the principal class.

A scale of increasing inclusion from basic to principal works like this: The more basic a class, the more of the universe that must contain it as a component. In the physical realm, people contain atoms, but atoms do not contain people. In the biological realm, all life forms from the microscopic level show basic reaction to stimuli, but only fully sentient life forms imagine into existence philosophy, a principal class of living system outcome. In the primary and secondary educational structure of the human realm, the learning that occurs in lower grade levels is the foundation upon which learning at higher grade levels is based. Another way to put this is that the more basic classes are incorporated into the more principal classes so that the higher classes are dependent upon the existence of the lower, but not the other way around. Lower classes are more basic because they are components of all higher classes. Higher levels are more principal because they contain as components all of the lower. Our planet can exist without nation states, but if earth were to disappear from existence, there would not be countries. An individual atom contains within it less of the universe than does a person, especially when we include knowledge as a component including the knowledge of how to place the agents of the entirety in some kind of order. (The organizational scheme of relative levels of increasing inclusion has a history that includes systems science work by Ludwig von Bertalanffy, Erich Jantsch, and Ervin Laszlo. Ken Wilber used the terms “fundamental” and “significant” in his diagramed explanation.)

All that we do, all that we are, is part of a larger reality from which there is not even the possibility of separateness. All realms are interconnected by the generally true patterns which run through them, independent of both order and scale. The patterns are enfolded potential outside of either increasing or decreasing inclusion but the unfolded generally true pattern describes the inclusion process:

Each higher emergent state includes the properties of the previous stages.

Regardless of whether matter collects or disperses, change compounds change in any direction or diagonal within the entirety (or any of its systems). It is characteristic of all generally true patterns that they are without specific directionality, without entry or exit point, but do manifest as particular things, events, and processes. In the physical realm, chemical compounds are the emergent properties of combinations of molecules, each of which is the outcome of atoms combined of quarks and other subatomic particles. In living systems, the alpine biome is a collection of ecosystems made of sedges, grasses, forbs, lichens, and so on. In human systems, a university consists of colleges made up of departments. Basic components combine to emerge as grand principals (foremost, from our perspective). While each specific example is different from each other specific, the generally true pattern is the same.

Next essay: Chapter 5 Part IV The Order of Connection/The Connection of Order